Trumpton, before and after its restoration - video

See the effect of digital re-mastering the classic Gordon Murray children's animation's. The BBC was able to enhance the picture after reels of 50-year-old footage were found in its creator's attic. Warning: It's very easy to become engrossed in the story.
Posted by stylemed at 6:47 AM 3 comments:

Email ThisBlogThis!Share to TwitterShare to FacebookShare to Pinterest
Labels: Trumpton

I was saddened to hear of the death of my friend, Michael Greenhalgh last week. Michael lived in the next village to me in Spain, we were neighbours for nine years. He was a highly talented racing driver and a very charming and funny man. He was a good cook, very handy with motorcycles, fluent in several languages and could build walls. He was an allround lovely boy. I photographed Michael racing in Europe over several years and became friends with him and his family. I even witnessed his driving at close quarters when he took me around a circuit in his Le Mans car. I shall forever be grateful to Michael for the experience, although I wouldn't want to repeat it, it was terrifying.

Michael died far too young, but I know he lived his life to the full and while he was here, he did have the time of his life. He brought joy and warmth to everyone that knew him. I send my sympathies to his Mum, Dad, Sister and Brother.
Posted by stylemed at 5:13 AM 1 comment:

Email ThisBlogThis!Share to TwitterShare to FacebookShare to Pinterest
Labels: The Racing Driver 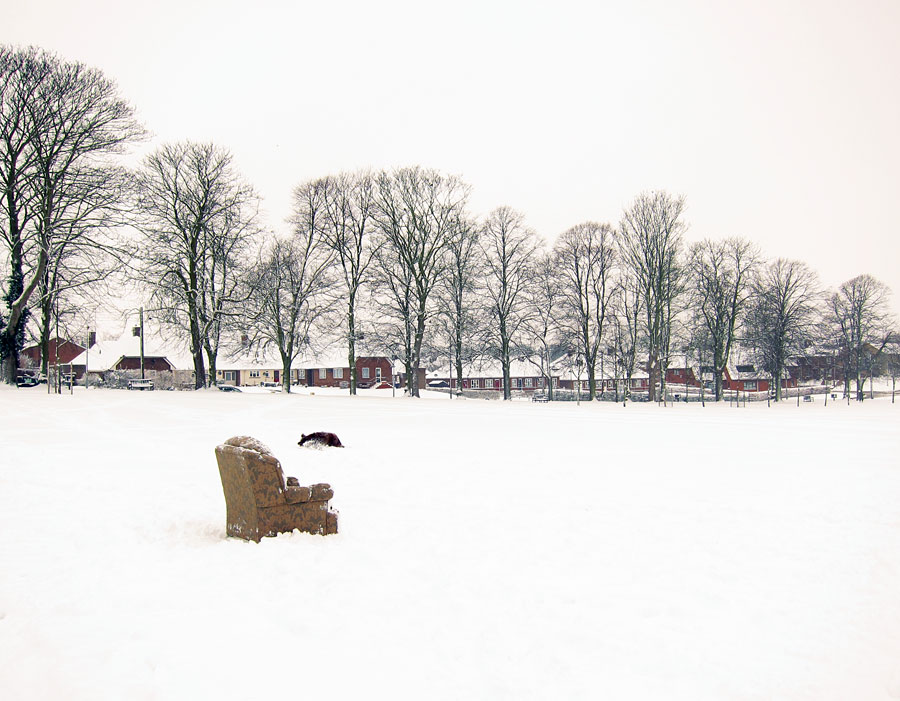 It appeared early this morning. Correct me if I'm wrong, but this looks like an imitation of a La-Z-Boy California, powered recliner armchair, 1987 model.
Posted by stylemed at 3:31 AM 1 comment: