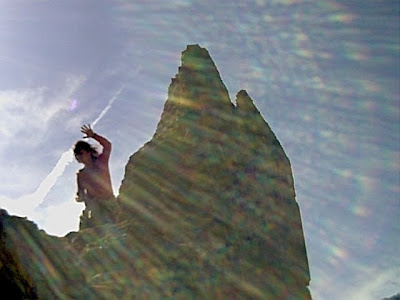 Greetings
Over the many years I've been a photographer I've gone through my fair share of alternative processing techniques - Bromoil, Cyanotypes, Gum bichromates plus Polaroid transfers which I still practice. Using one of these processes is all about craft, and making each image unique and personal. Most of the processes are labour intensive, some are smelly and a few are dangerous. Oh, and with all of them you waste a lot of expensive paper!

For the past couple of years I've been playing with a digital camera that's frustratingly difficult to get an image out of but just like any alt processes, it can be very satisfying when it works.

I came to own and love the JamCam by accident. I was looking for a cheap digital camera to photograph a few things to put on Ebay. I searched Ebay for a digital camera and sorted the results by "Price Lowest First" as my main criteria. The JamCam wasn't top of the list, but it was on the first page with a price of £8.99 plus 2.50 shipping - Buy It Now - and I should mention that the camera was new in a box with a manual and software. The description said it was a full size digital camera, not one of those that hang off a key chain. The summary had the magic words "Perfect for listing on Ebay". What was there to lose? I bought and paid.

The camera arrived sealed in its original packaging, but before I could use it I had to buy a 16MB MMC memory card, and a PP9 battery. The battery I bought locally, but I could only find
a 16MB MMC card on Ebay which meant a further wait of a few days before I could start using the camera. 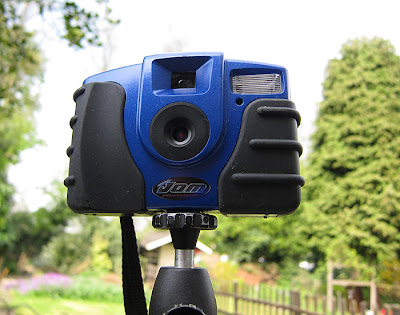 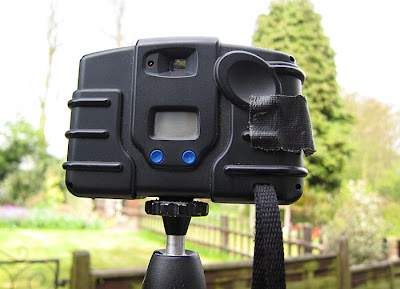 The JamCam was made around the end of the last century and originally cost around $90 new. It features an excellent optical viewfinder, a 640x480 sensor, a built in flash and you can choose
between low resolution 320x240 or high resolution 640x480. If you shoot 640x480 you get 8 images on the card.

I assumed that I'd be able to download the images directly from the MMC card, but this isn't
possible (I tried, believe me). This is a big problem because the software (drivers), that come
with the camera don't work, and from what I've read, never did work. However, there is a very
useful web site where the latest drivers (circa 2003), can be downloaded, and there's also
instructions on how to install them, but it's all hard. I could spend a lot of time telling you of the frustrations I experienced over several hours installing the software but I don't want to re-live the experience! If anyone wants to try installing the drivers, I suggest you print off the instructions from the web site and follow them to the letter, good luck. With the software installed you can start taking photos and downloading them via a USB cable. 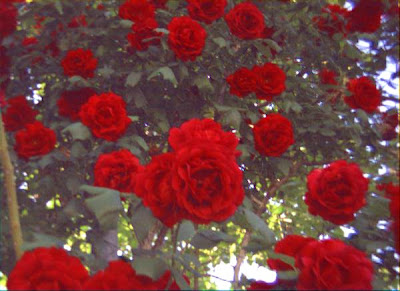 If all early digital cameras were designed like the JamCam, the manufacture of film cameras would never have declined, it can best be described as difficult.

Fit a new good quality PP9 battery. Install and format the MMC card. Set the resolution to High,
that's 8 photographs on the card. Go shooting. If only.

First - battery life. I couldn't believe the amount of power this camera uses. I've never got more than 15 photographs out of a fresh battery and I never use the flash. To begin with I thought
the batteries were at fault and I changed brands, but nothing improved the situation. You can
actually see the power drain away as the LCD goes dim for several seconds as the camera writes
to the card.

If the battery use is excessive the management of memory is bizarre. Whether it's the camera, the card (I tried 3 cards and nothing improved the situation), or the software, retrieving all the photographs is hit and miss. Sometimes the photos are there and sometimes they're not, and sometimes they appear after several weeks. The strange thing is I don't think I've ever lost a photograph, they all turn up in the end. 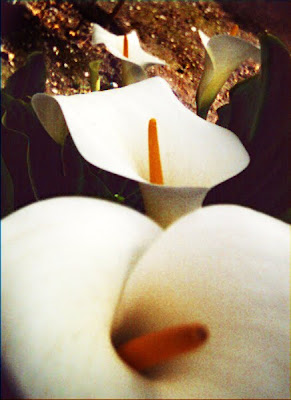 I love the images produced by this camera, the colours, the contrast - they're just up my street. I love how it paints the colours thick but still handles the details. The lack of resolution isn't a problem, the images up-res easily and I've printed and sold 12x16 prints that look wonderful. Also, just like the alt process, you have to do some work to get images from the JamCam, they're unique and personal.