Hello to everyone - wherever you are!
It's St. George's Day here in England, a great day to kick off this new blog. 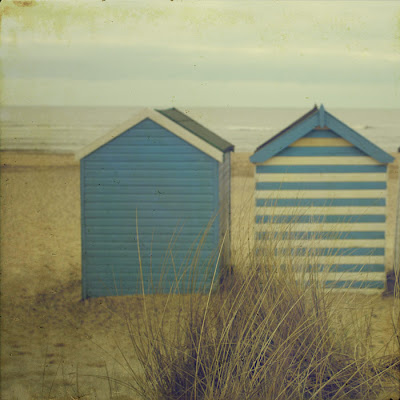 Suffolk coast - From a Diana clone, CODEG camera
Let me introduce you to the Diana clone.

This particular one is a CODEG, number 151, made in Hong Kong. However, there are dozens of other brands from ACME to Zodiac. These Diana cameras were re-badged and given given away as promotional gifts by companies like Readers Digest and Avis cars, some were branded by shops and sold under thier own name. All Diana's and her clones are very similar and they're usually very good cameras.

These cameras take 120 film and you get 16 photographs from a roll. A nice touch is that the negative is square and measures 425mm x 425mm. I don't know if this was an intentional design feature but by not exposing the edge of the negative there's no vignetting (dark corners), that you get on some toy cameras. Also the image isn't central on the negative, quirky eh! 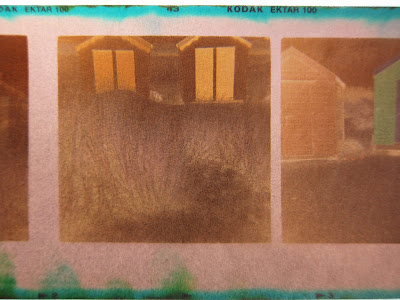 Negative showing edge fog
Except for the shutter and the control levers, everything on this camera including the lens and viewfinder is honest plastic. The controls are:
Aperture - sunny, sun with cloud and cloudy.
Focusing - 4-6 ft, 6-12 ft, 12ft to infinity.
Shutter - B and I.
Other features, err no! 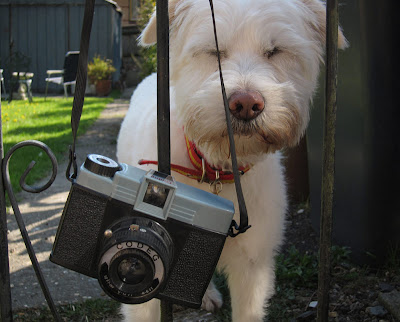 I've used my CODEG on three outings, sticking with Kodak Ektar film each time, the results have been consistantly to my liking. I set the exposure to suit the weather, the distance is left on 6-12ft and the shutter on I and that's it.

I discovered after my first roll of film that you have to take care loading the film, make sure it's nice and snug on the spool otherwise it becomes slack and you get edge fogging. Having said that, because the image is away from the edge of the film the fogging is minimal.

The lens on my camera is very nice. Unique, low image contrast and full of charm. 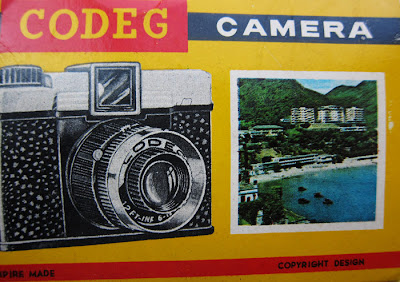 To sum up, I'd say the Diana and her clones are very elegant cameras allowing you to concentrate on the picture. After you've seen the results from a couple of rolls of film you'll get a feeling for what works and what doesn't, when to use it and when to go home.

Don't forget to wind on after each shot!
Posted by stylemed at 2:58 AM