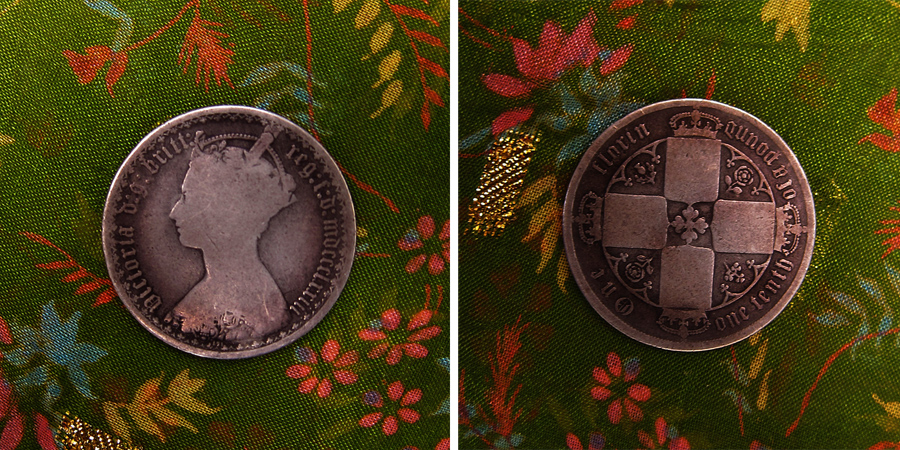 I found this coin in July. I was metal detecting with a friend on the hottest day of the year. We were in the middle of a large wheat field with no shade, I was slowly roasting and very uncomfortable. Sometimes when you go metal detecting, objects and coins pop out of the ground with enough regularity to keep your mind occupied, but not this day. I spent ten mind numbing hours walking around the field with nothing to show except three ring pulls from soft drink cans. As the light started to fade we called it a day and started walking the mile or so back to the car. Always the optimist, I kept the detector switched on as we walked back and as you might have guessed I found this coin within twelve feet of the car!

The coin isn't particularly rare or valuable, but it is special. It's an 1875 Queen Victoria florin, the first decimal coin (One florin = one tenth of a pound). Britain didn't make the complete change to decimalization until 1971. It's made of pure silver and it has two other unique features, the design is gothic as was the fashion in the mid 19th century, and it was the first coin where the word "God" was dropped from the currency. It's called a Gothic Florin or a Godless Florin by collectors.

I don't collect coins but I do admire the design of this one, so after much consideration I found a jeweller who could turn it into a ring. Here is the finished example below. The jeweller was as enthusiastic as I was, he did the work in exchange for another silver coin I'd found.  I'm thrilled with the ring, it feels comfortable and of course it reminds me of hot summer days. 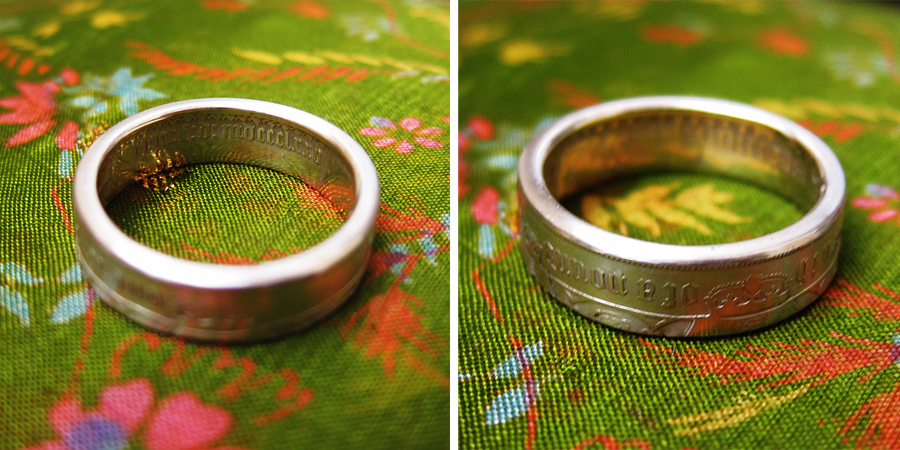