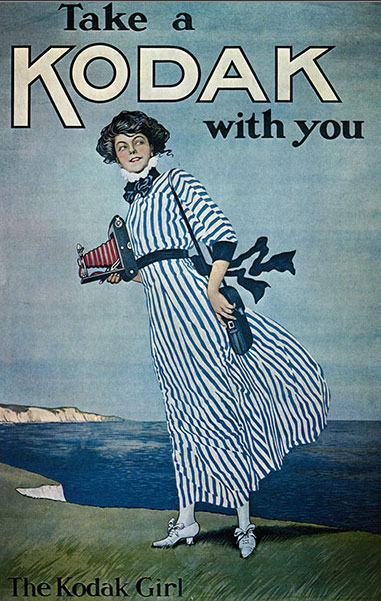 It's a sad day for photography! After over 130 years Kodak has filed for bankruptcy.

It's ridiculous really. I keep hearing how the company never adapted to digital photography, but that's nonsense. Kodak were at the forefront of digital photography. They invented the digital camera and developed the early models including the first DSLR's from Nikon. Today Kodak are a leading supplier of digital camera sensors, there's a Kodak sensor in the Leica M9.

The current CEO, Antonio Perez, joined Kodak in 2003, and was named CEO in 2005. Since Mr Perez has been in charge, Kodak has had just one profitable year, that was 2007. He's been the head honcho while the share price dropped from $25 to55 cents. He twiddled his thumbs as they shed tens of thousands of jobs around the world. And he bumbled along as the company sold most of its profitable divisions, patents and intelectual property. A truly remarkable long term performance, I'm amazed and in awe of the man. Mr Perez is still in charge.
Posted by stylemed at 7:13 AM

Email ThisBlogThis!Share to TwitterShare to FacebookShare to Pinterest
Labels: Kodak