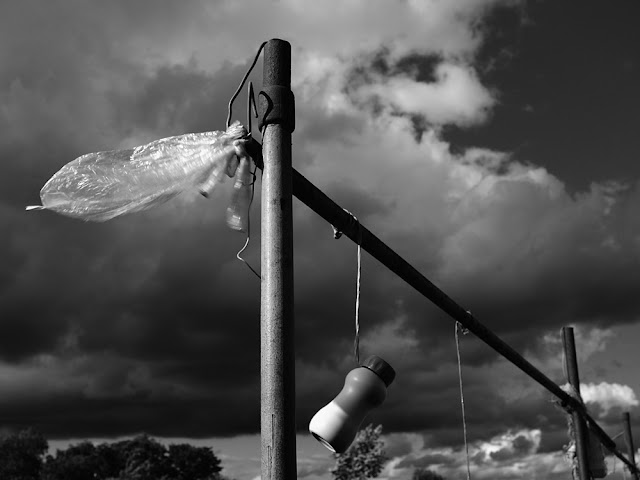 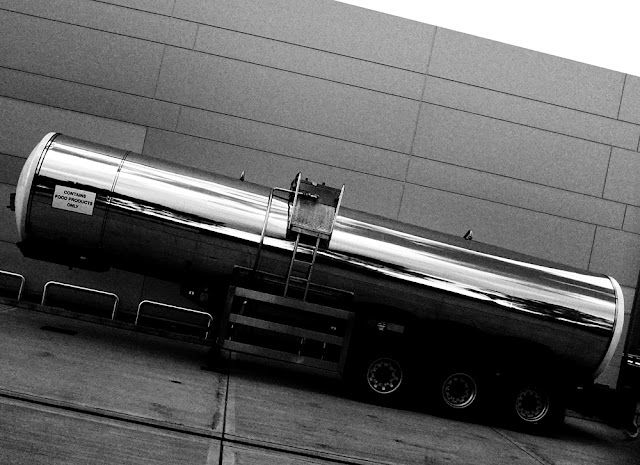 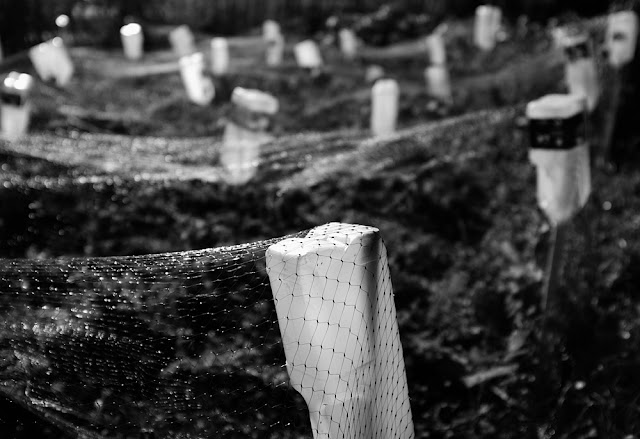 I've spent half a day in the dark, developing film and making prints. I still get a kick from developing a print, placing the paper in the chemical tray and watching the image appear, it's quite magical. The process of making an image is very satisfying, I should do it more often. The finished print has an added value for me because of the time and care involved in making it. But for all the care in the world I've never managed to avoid the dreaded dust spots. I used to crave the perfect print and go to extraordinary lengths to avoid dust on the negatives, which when printed become white dots. I would run hot water in the darkroom until it was full of steam, in the belief the water vapour would weigh down the dust. Making prints in those conditions was like working in a rain forest and of course there was always one speck that avoided the steam and managed to get itself printed for posterity. Now I don't mind a few dust specks on my print, I quite like them in fact.
Posted by stylemed at 4:35 AM

Email ThisBlogThis!Share to TwitterShare to FacebookShare to Pinterest
Labels: developin and printing black and white