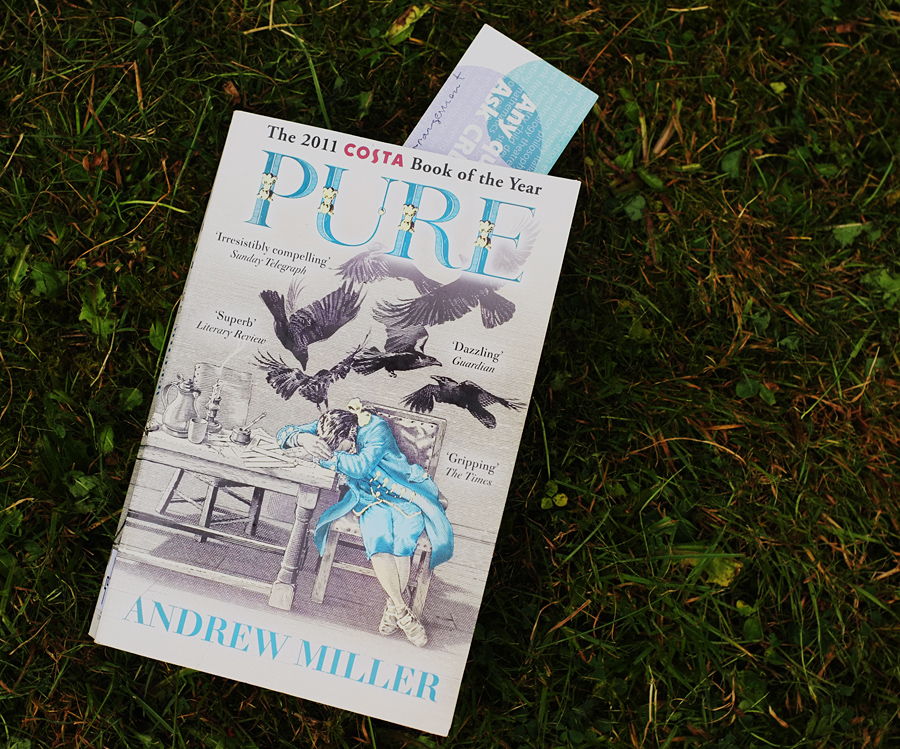 The book I chose from Shakespeare and Company in Paris, and my current read is Pure by Andrew Miller. The choice is unusual for me because this book won the Costa book of the year in 2011 and I generally avoid paying for any book that has won a literary award. After reading all the accolades on the cover (Irresistibly compelling, Superb, Dazzling, Gripping), I'm usually dreading being under whelmed by the contents. No so with this book.

I'm half way through and Pure is shaping up nicely and well worth my twelve euros. Set in pre-revolutionary Paris, it's the story of a young engineer given the task of demolishing the oldest cemetery in the heart of the city. The cemetery is overflowing and casts a blight on those who live nearby. The project starts as a great opportunity for the young engineer to make a name for himself. But obviously things don't go to plan. I wont say anymore as it would spoil it for you. Miller is a very good writer, the book is packed with energy and colour. It's an ambitious novel that I'm finding hard to put down.