Good news, the car is still outside, in one piece!

I've spent the morning preparing my bike, which is a big job. It hasn't been ridden in 9 years, it's rusty and in a generally poor state. The last time I rode it was Christmas morning 2001 when I cycled 3 or 4 miles to the pub for a pre lunch boozing session. In 2002 I carefully wrapped the bike in cardboard and placed it in a van to be taken to our new house in Spain. It was mountainous where we lived in Andalucia, so the bike had an easy life in Spain and was never ridden. Now it's back in England.

I bought the bike because my memory tells me that I once enjoyed a bike ride when I was 9 years old. It's a hazy memory of me and my friend David Pritchard, cycling from Chester, all the way to Birkenhead where we crossed the River Mersey on the ferry. We pushed our bikes around Liverpool for an hour, then cycled back home. That's a round trip of 36 miles which is 30 more miles than I've ever done since and sounds, even to me, like a lie. Maybe it's a false memory, or a lucid dream, but it's kept an idea alive that I might actually enjoy riding a bike.

This morning I thoroughly cleaned the frame and wheels, oiled the all moving parts and repaired one puncture. After I've written this post I'll give the metal parts a final polish and I'll be set to go. Where? Nowhere today, it looks like it might rain, besides, I have a book to start. 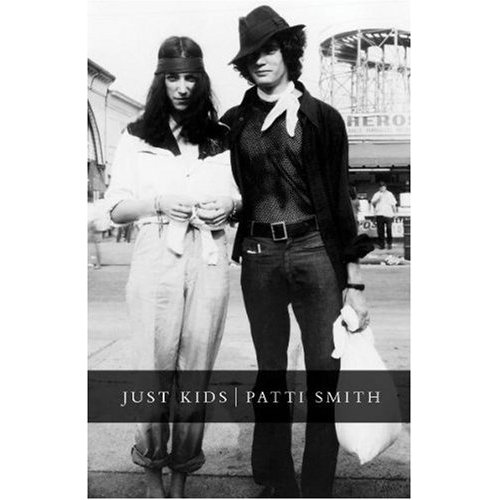 I'm looking forward to reading Just Kids, which is the tale of Patti Smith and Robert Mapplethorpe on their journey from rags to riches and in the case of Mapplethorpe, a very public death. I've long been an admirer of Mapplethorpe - he was a great artist. I attended the first London exhibition after his death, but apart from his excessive lifestyle, I know very little about the man.

I've never been to a Patti Smith exhibition, or a concert for that matter, but I think I'd like Patti. If she took the photographs here she's got a fine eye for a picture.
Posted by stylemed at 12:05 PM