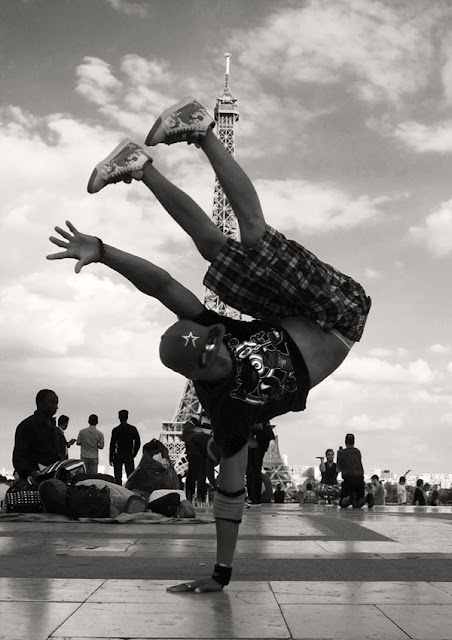 Parisian Dancer - Photograph by Tim Irving
Paris was excellent. Lots of adventures and lots of photographs. It's been a few years since I last visited the city, from memory not much has changed, except that there's more tourists. The art scene is bigger than ever with too many exhibitions for anyone to see in a month let alone a long weekend.

We covered part of the city on the Velib (public bicycle rental), part on foot and long journeys on the metro. I had an ambitious schedule and a list of places to photograph, I managed to cover about 85% of the list which means another visit later in the year for a mopping up operation.

I've got a lot of film in the lab and I'll be sharing some of the photos with you over the coming weeks. But for the time being I'll leave you with the Parisian Dancer, I hope you like him.
Posted by stylemed at 1:55 PM