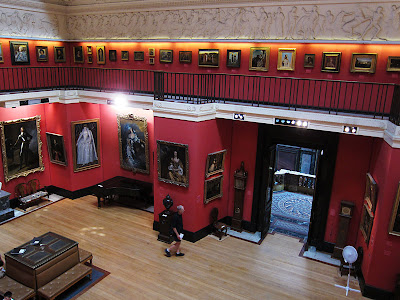 It's very hot in England at the moment which is un-English. I should have stayed at home in the cool on Friday but instead I visited the Fitzwilliam Museum in Cambridge to see an exhibition by one of my favourite artists, Maggi Hambling

Maggi and I do share a very tenuous connection, and that is during the 1990's we shared the same life model. Sadly I didn't have her to myself, but I did draw her with a group of artists for several years. She was a colorful character who must have been well into her seventies at the time. The studio was an old church in North London (The Florence Trust), which was draughty and freezing during the winter. Because of her age and because she was naked, every gas heater in the building was positioned around her.

She wore an ashtray as a ring and would chain smoke cigarettes while she posed, which was against the rules for me and the other artists. Our model smoked, and cooked in the heat.
She once told me that Maggi rolled her own cigarettes and also chain smoked when she was drawing her. Back to the exhibition.

The Scallop (2003) Aldeburgh beach - Photograph © Andrew Dunn
Maggi is probably Britains greatest artist, I can't think of anyone better. She has great drawing skills, makes wonderful sculpture and is a very fine painter. The paintings in the exhibition are portraits of waves off the North Sea coast. These paintings are among her most ambitious in scale, in these works I could feel the power, grandeur and beauty of the sea. 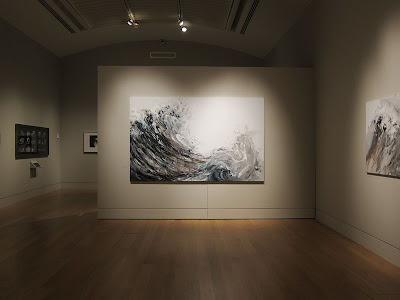 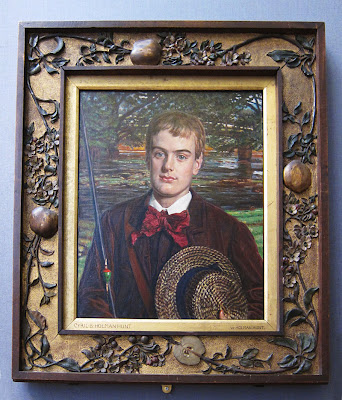 The Fitzwilliam gallery is a very relaxed space to stroll around, which encourages the viewer to look a little deeper. I spent a couple of hours looking closely at frames. The one above with carved apples (by Holman Hunt), is wonderful but I was really looking at contemporary framing. I found a very nice frame on a Picasso that the artist had distressed to suit the painting. Then I found a couple of paintings by Howard Hodgkin where the frame is part of the composition. And then it was time to leave, 5 hours that passed in a flash.
Posted by stylemed at 8:07 AM