My chance of stardom 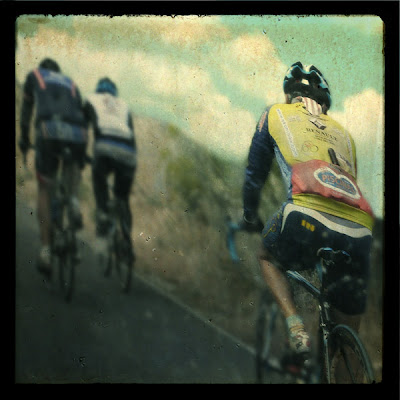 The Yellow Jersey
As the Tour de France is underway it seems appropriate that I should mention an incident that happened this time last year. Sigma films, a film production company, bought the rights from me to use my photograph above for the movie "The Last Word".

The film was shot in Glasgow and has a good cast, Eva Green the ex Bond girl and Ewan McGregor, who plays a chef and a cyclist in the movie. It did occur to me that the film may be released during this years Tour de France, but it hasn't.

It takes a long time to make a film and this one has been in post-production since last February. I keep an eye on the Sigma Films blog, but news is sparse. I read there was to be a special screening in Glasgow last month, but that was cancelled. I also read that it was to be premiered at a film festival later this year. I'm starting to feel like Baby Jane Hudson. I caught a glimpse of the limelight but it's been whisked away from me, boo hoo.
Posted by stylemed at 12:34 PM