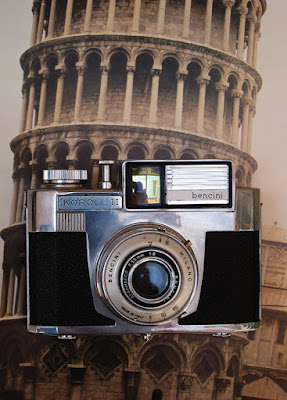 The Italians are a little bit different!

For my last year of junior school, which I attended from the age of 4 until 11, I sat next to an Italian boy called Mario. Mario stood out from the rest of the class, not for anything academic, but for his dress sense, or to be more exact, how he was dressed by his mother.

Not only was Mario turned out impeccably, but even at the age of 11, I knew he had a little more style than me. Our uniform was a blue blazer, grey short trousers, grey shirt with a blue and white striped tie (even at the age of 4), grey socks and black shoes. There wasn't a lot of room for rebellion in the uniform department, but Mario's mother managed to make him stand out.

From Mario, I learned that the Italians are a little bit different! Clothes, cars, music, it all has a certain style, as do the cameras. 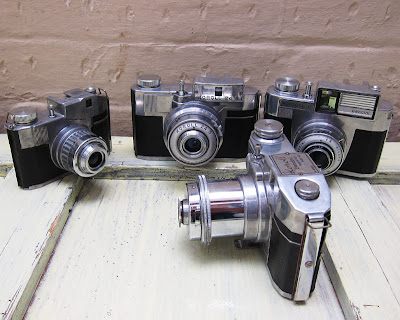 My current obsessions are the Bencini cameras of Milan, and I would ask you, is there anything more Italian in style? Bencini made delightful moderately priced cameras from the 1930's to the 1960's. As you can see by the photo, Bencini's look a little odd. I imagine Pee-Wee Herman uses a Bencini camera and Jacques Tati would have carried a Koroll II. All that polished aluminium gave the impression that the Bencini was an expensive photographic tool, but in truth the Bencini was a humble snapshot camera dressed with Italian style. That style was never cool, until now.

During the 1950's and 60's Bencini made cameras in 3 formats, 35mm, 127 and 120. It's the 120 cameras we're interested in here. The Bencini's have a single shutter speed, slow lenses with lots of chromatic aberration and vignetting, a choice of apertures using the bright and cloudy symbols and focusing by guesstimate. The lens is real glass and sharper than plastic, but not by much.

Besides the styling, what makes the Bencicni's stand out is that a few of them (Koroll, Koroll II, 24 and 24s), can be used as 120 half frame cameras. That's 24 exposures on 120 film, each one 3x4.5cm. There's no double exposure prevention which makes the Bencini perfect for overlapping the images. 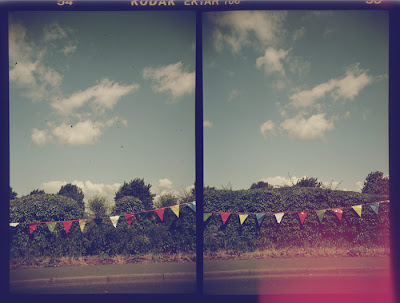 I've been using several Bencini cameras for the past year and I'm in love with them. Each one produces slightly unique images but all have the Bencini DNA. My film of choice at the moment is Kodak Ektar 100 film, the latitude of the film produces excellent results in all but the darkest lighting.

The Bencini's are very well built, over engineered if anything. They're compact for a medium format camera and all models have excellent viewfinders.

Mario! che camera ti piace?
Posted by stylemed at 10:54 AM