Scientology and the art of Photography 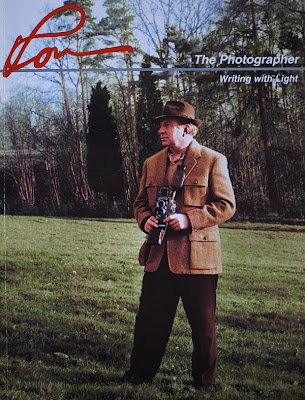 When Dennis Hopper died I was surprised by the number of commentators who didn't know he was a talented photographer. So before they die, here's a list, quickly assembled, of celebrity photographers, as opposed to photographers who photograph celebrities.

A short list off the top of my head, there must be many more, if you can think of any more let me know because I like knowing these things.

I've seen examples from the celebrities listed above, they're all very capable. I was most impressed by Helen Mirren's early work. Lou Reed, not so good. Graham Nash shows art school training, Woody Allen is OK. Bryan Adams isn't up my street. The Queen can do no wrong, I can't comment.

But of all the people who juggle two or more careers none are more interesting than L. Ron Hubbard, the founder of the Church of Scientology. I have a copy of a book called "Ron - The Photographer - Writing with Light". I bought my copy several years ago from a camera dealer in London, I've never seen it since, not even on Amazon, perhaps you can buy a copy from the church, it's definately worth getting hold of.

There's no doubting that Ron was highly gifted. A prodigious writer of fiction and non fiction he once wrote 138 published books in a 5 year period. As a photographer he was no less dynamic or should I say dianetic! Ron started taking photos aged 7 and became serious about photography as a boy scout a few years later. By the time he was 13 he had sold 6 photos to National Geographic Magazine, it was the start of a career that continued until he died.

Ron's camera collection is the jewell in this book. I don't know how many cameras are in the collection, but there must be close to a thousand important cameras, all beautifully displayed at his house in Sussex, England. It's certainly the biggest and most impressive collection I've seen.
Posted by stylemed at 1:37 AM