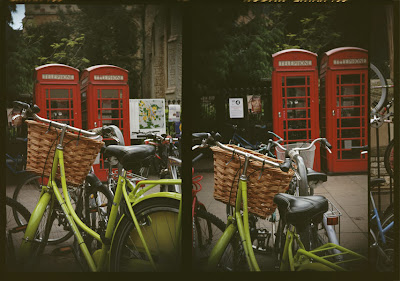 I had this idea a few weeks ago when I was looking at a viewmaster reel. I thought it would be interesting to create 2 images, similar to stereo (here's the clever part), but not stereo. I worked on this for a while, making sketches until I came up with a sequence similar to a strip cartoon, one image containing several frames of information.

I've been busy, experimenting with overlapping frames to produce a sequence of images and I'm excited about the results. I haven't got everything right yet, but it's progressing nicely.

I'm using an old camera with a red window in the back to count the exposures. Knowing how much to roll on is tricky but I'm getting a feel for it. The difficult part is estimating the spaces between the frames.

The big problem for me is that I use a company to process and scan the negatives. With each film I send, I enclose a note asking them to scan the overlapping frames as one image. It's a lot to ask a busy lab (I wouldn't do it!), and I appreciate that they try and follow my instructions, but so far they've missed a few images from each roll and the ones they miss always seem to be the most promising.

I'll work on my frame spacing and stick with the lab doing the scanning for the time being, maybe write more detailed notes to them, but I can see I might end up forking out for a big scanner to do the job myself.

The images here are my first attempts. I'll keep you informed on my progress. 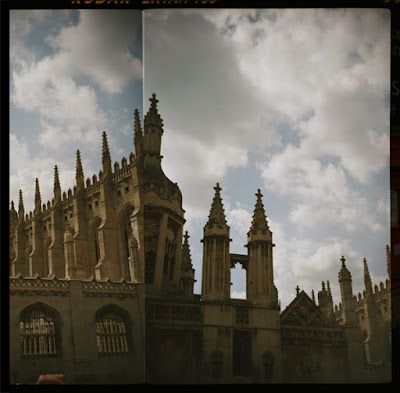 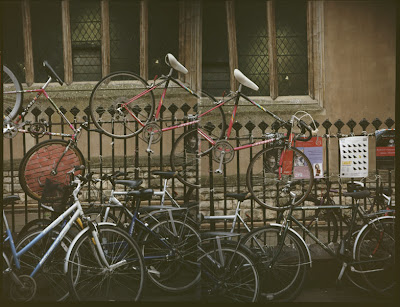 Overlapped Bicycles
Posted by stylemed at 3:34 AM

Email ThisBlogThis!Share to TwitterShare to FacebookShare to Pinterest
Labels: overlap