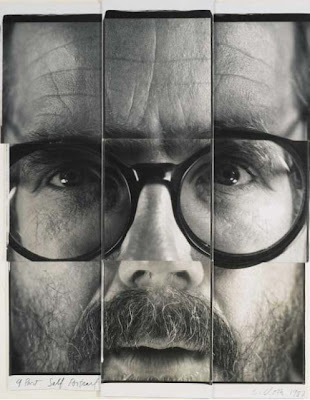 9 Part Self Portrait - Chuck Close, 1987
When Polaroid collapsed in 2008, it wasn't entirely digital photography that killed it off. Polaroid was the victim of a Ponzi scheme similar to the one operated by Bernard Madoff. One tragic side effect of Polaroid going into administration was their famous collection of prints being sold off. Now the collection is being broken up and will be sold off later this month by Sotherby's, New York.

The collection of more than 1200 prints was put together by Edwin Land over his lifetime. It would have been a fitting tribute to Polaroid and the genius of Land if the collection could have remained together and gone on permanent display but that's not possible.

I'll be interested (and sad), to see the inflated prices the photographs reach. One lot by Ansel Adams, a large print of the Sierra Nevada is expected to fetch $500.000. I you miss it don't worry, there are five others exactly the same but in different sizes. There's a very nice joiner by David Hockney that should fetch a reasonable $50.000, in fact there's something for everyone ha ha. 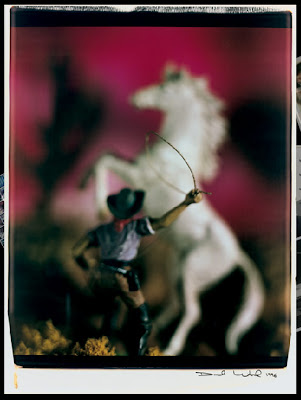 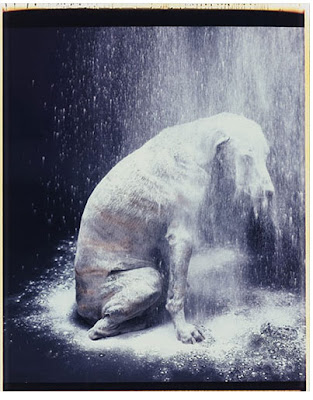 Avalanche - William Wegman, 1982
All photographs courtesy of Sotherby's.
Posted by stylemed at 1:31 AM