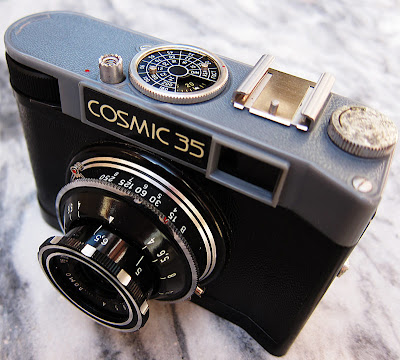 The Cosmic 35, and it's alias the Smena should be avoided at all costs.
Sadly I've never taken my own advice, and lured by the cheap prices I've owned several of these beasts. You see - they used to be sold cheaply via large adverts in weekend newspapers, they must have sold in big numbers, but isn't it strange that during the 70's and 80's you never saw them being used! 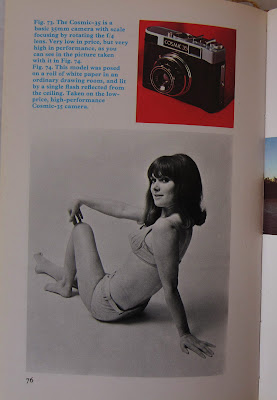 Cosmic 35 used for glamour photography
When you see them for sale at the same price as a regular latte they do look to be a bargain, but in fact they're a total waste of time and money and you'd be better off with a latte.

The first one I bought wouldn't re-wind the film. The second wouldn't count the exposures. The third one, the film advance jammed up on the first film. 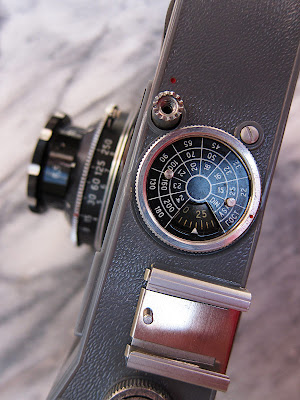 The only positive point I can make for the Cosmic 35 is that it has a damn good viewfinder. You've been warned.
Posted by stylemed at 7:31 AM