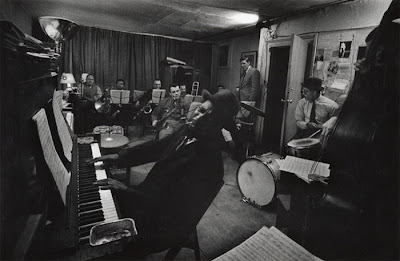 In 1957, Eugene Smith, a thirty-eight-year-old magazine photographer, walked out of his comfortable settled world—his longtime well-paying job at Life and the home he shared with his wife and four children in Croton-on-Hudson, New York—to move into a dilapidated, five-story loft building at 821 Sixth Avenue (between Twenty-eighth and Twenty-ninth streets) in New York City’s wholesale flower district. Smith was trying to complete the most ambitious project of his life, a massive photo-essay on the city of Pittsburgh. Read more.....
Posted by stylemed at 11:50 AM