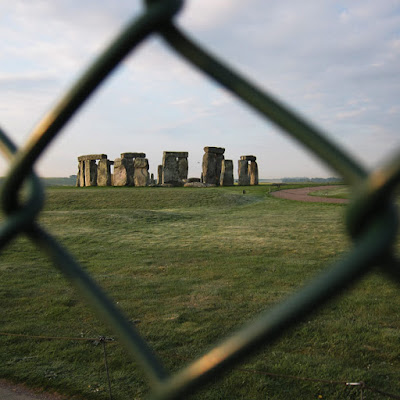 Stonehenge
The UK has a new coalition government for the first time since the Second World War.
Last night was the coldest May night in 60 years. I had a few whiskies and went to bed at midnight. The alarm sound became part of a dream before I jumped out of bed. I made a cup of tea and was on the road by 3.30am this frosty morning to photograph Stonehenge.

I drove towards London, then around the M25 past Heathrow airport and on to the M3 towards Salisbury, the roads were empty except for the occasional lorries. Wiltshire is UFO country but I didn't see any, more's the pity. When I arrived at Stonehenge at 6am it was just getting light, it was clear, very cold and exhilarating!

For some reason the car park is cordoned off over night but I found a track within a few hundred yards of Stonehenge to park the car. I got my cameras ready for action and stalked the perimeter before the sun rose too high.

I can tell you that at dawn and only sharing it with sheep and 2 security men, this place and the lack of sleep gave me a buzz. The silence and stillness was amazing and I felt quite privileged to have this beautiful landscape and ultra-historic monument (almost) to myself. I wandered around for an hour until the light became flat and took 3 rolls of film, which are being developed and scanned as I write this. The photographs here were grabbed on a compact digital camera whose battery lasted less than 10 minutes in the close to freezing temperatures. 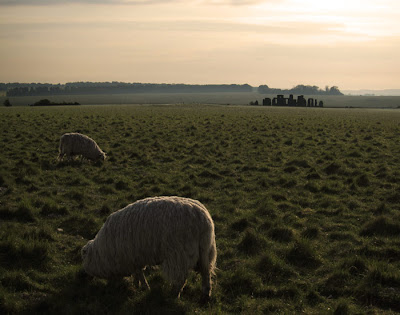 After Joseph Farquharson
Posted by stylemed at 5:47 AM