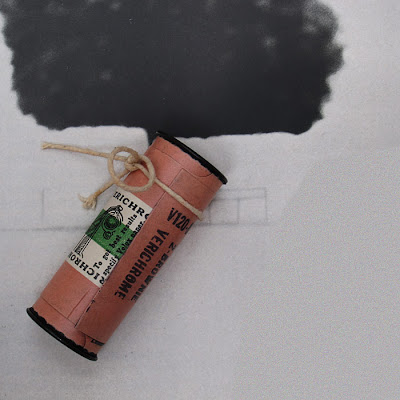 I once had a friend who bought a very old, small (3ft high), strongbox/safe with a combination lock. The safe had been sitting in the corner of an office for over 50 years. Rumour had it that the previous tenant of the office had died taking the combination with him to the grave.

The office that housed the safe was to be converted to trendy inner city apartments and when the safe was being manhandled from the building, the workmen noticed that something heavy was rattling around inside. The developer, sensing a quick profit and free advertising called in the local newspaper telling them the story of the previous tenant and offering to auction the safe to the highest bidder with 50% of the proceeds going to his favourite charity.

My friend, who was very conservative and would never normally risk wasting money, paid £1000 for the safe at a charity dinner where the food was indifferent but the wine flowed like water.

The safe was delivered to my friend's garage and a few days later he paid for the services of a locksmith to open the door. It was a big occasion, lots of reporters, photographers and interested parties. The locksmith (probably thinking he'd get his own chat show out of it), performed his trick while talking everyone through the procedure. After 15 minutes my friend was solemnly asked to turn the handle and open the door. The safe contained one brick and one steel bolt!

I tell you this story because of something that happened to me this week.

We have several local auction houses within a short drive from me. On Tuesday I paid a visit, bid and won a Kodak Portrait Brownie camera (it needed a home). It was in the trunk of my car since I bought it, so today I brought it in for an inspection, and guess what was inside? Yes, a very old exposed film.

The spool of the film has a wooden spindle and is stamped "Kodak Brownie" which suggests that the spool came new with the camera. The film could be the first and only roll taken by the camera.

So shall I develop it, or should I let it keep any secrets it may hold? Not developing is more romantic, I mean it could have a stunning image that's been lost for 80 odd years, which I like to think is possible, but it could also be the proverbial brick.
Posted by stylemed at 3:59 AM