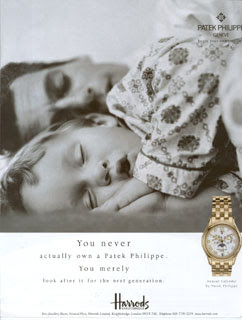 I saw this advert in a London newspaper, the text says "You never actually own a Patek Phillipe, you merely look after it for the next generation". I don't live in that world, but it got me wondering whether I actually own my Casio, I think I do.

In my world I own and use a dozen or more cameras that belonged to people from a previous generation, cameras of the 50's and 60's. Of these cameras some were cheap and were used for annual holidays and special occasions. While others were luxury items, not professional quality, but sold to the middle classes. And of these middle class cameras, Zeiss Ikon was the undisputed king. 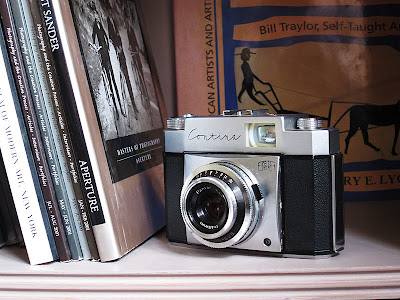 From the mid 1950's onwards manufacturers like Zeiss were continually up-dating models and building them to the very highest standard. These are heavy metal cameras, finished with the deepest chrome. The leaf shutters, precise and accurate like Patek Phillipe watches, or my Casio, and not forgetting those wonderful lenses.

Oddly, I've used a range of Zeiss middle class cameras for years and I've never thought they were particularly attractive, until now! Now I think they are very handsome, stylish even. I realise now that that like good music or good art, the design of these cameras takes time to appreciate. 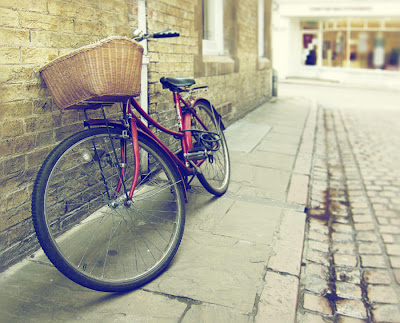